There’s a lot of pain and anger in the world right now about racial inequality. It can be hard to know how to move forward and what role each of us can play. But now is not the time to shy away from tough conversations or to opt for a spiritual shortcut. In this episode, we’re looking at ways to understand the cycle we’re in, step off the social media shame cycle, and gently shake the world. (I also get vulnerable and share a personal story about how I’d soaked up racism as a kid without even knowing it.)
Subscribe on
iTunes
Spotify
Stitcher
iHeart

I have to be honest with you, this episode is not an easy one for me. But I didn’t start this show back up to avoid the tough topics of our time, and few are tougher than what has been playing out this past couple of weeks around the murder of George Floyd and the Black Lives Matter movement.

Racial inequality is something I personally have not had to face too much in my life. I grew up in a wealthy area of Surrey, England, and then when I was 9, moved to the very White northern beaches area of Sydney, Australia. Thinking back to my teens, I can only remember having two kids in the entire school who were not of white skin colour. So to say I grew up White and privileged would be accurate for sure…

In the past, before I’d started doing the work of examining my past and my privilege, I would have said “I was never racist as a kid, my family was never racist”… But here’s a story for you:

One morning, when getting ready for school, I came out of the bathroom covered head to toe in talcum powder. My mother — seeing me emerge in a cloud of toxic dust — was of course, very confused, and asked me what I was doing?

“The boys are teasing me at school for being Aboriginal.”

I don’t have any Indigenous Australian bloodlines, but I do have a hefty dose of Northern European which has given me skin that naturally tans very easily, and growing up in Sydney meant lots of time in the sun. But even a tan was enough to set some of the kids at school off. And for me, even as a kid whose parents had always taught equality, I still somehow perceived that being called “Aboriginal” was a negative thing. I’d soaked that up without even realising. (You can see how complex it is to unpack white privilege, right? And how young we are when these beliefs start to form? Research shows that babies start expressing racial preference from 6 months and racial bias from age 3…that’s what we’re up against here.)

But that’s about all I can explicitly remember about race from my childhood. I had the privilege of living in relative oblivion, while others faced an ocean of injustice on the regular.  Especially the Australian aboriginals who were decimated by the European colonisers. That wasn’t even something we were taught about in school. We just learned about the beautiful aboriginal artwork, Dreamtime stories and drove around on streets in suburbs with names like Yarrabee Place in Bilgola. That was about it. I didn’t even see an aboriginal other than at large public events where occasionally the land of the original owners would be honoured with an aboriginal dance troupe. Clearly these token gestures are just not enough.

And then in my teens, I read a book called 1788: The Brutal Truth of the First Fleet by David Hill, about how the convicts were brought over to settle Australia… and how this event impacted the people who already called this land home. This was the first time I started to get a glimpse of what life must have been like for these beautiful people, whose lineage stretched back as far as 65,000 years ago, seeing and encountering the white settlers of England. And then, in a flash, that culture was largely erased from history, with only remnants remaining.

Even when looking just at Australia in isolation, setting aside how other countries came to be for just a moment, it’s clear that the system we have all been born into is very broken. With much of the world built on the blood, sweat and tears of the slaves of our past, the system is deeply rooted in pain, hatred and inequality.

Which brings me to what’s going on in the world right now.

To be clear, this is not a new issue. Let’s be clear about that. But right now, it’s in the public eye, perhaps more than ever before in our lifetimes. So for some of us, it is a new issue to us… but for many, it’s been a daily reality for as long as they can remember. And right now, a lot of our understanding and conversations around these issues are being fuelled by social media.

If you are spending a lot of time on social media at the moment, marinating in all this, you might be starting to wonder if the world is broken. If the pain can ever be healed. If we’ve gone so far that we can never come back from this…

The ultimate challenge when we are in pain like this is to look for more than just the darkness that’s right in front of us. To look for the light. Because it’s there. Always. There is great change taking place right now. Yes, it’s painful. It’s ok to feel the pain. But let’s not forget what is being brought about. It may not feel like it now with all the finger-pointing and blaming, but change is happening.

For starters, counsellors in Minneapolis have vowed to dismantle the police and usher in a new model of public safety powered by the people. The mayor of New York pledged to redirect some of New York City police department’s funding towards youth and social services and committed to repealing section 50-A, which prevents the public from accessing disciplinary records of police officers. Symbols of slavery that have stood for hundreds of years have been removed by councils or in some cases by the community. The White co-founder of Reddit resigned, urging the board to fill his seat with a Black candidate – a decision he said was “long overdue”.

This is just the beginning.

Nature is filled with seasons and cycles, many of which are characterised by death, dying and chaos. But they are always followed by the spring. We are part of nature, as much as the trees that grow to the sky then fall and decay on the forest floor. And right now, painful as it may be for so many people, it seems that 2020 is a year where we are watching a lot of our outdated systems, structures and beliefs decay and die on our collective forest floor.

So again… this is just the beginning.

But through this change, what do you want to become? Who do you want to be? We are a product of our thoughts. So what thoughts are you having? Are they of love and compassion, or rage and hatred? Does the world need more love, or more hatred? There is no stronger force than love. But it’s worth remembering: love is not just the rose petal, it’s the thorn as well. Love is the sum of both sides.

It’s also not a time for spiritual bypassing. Yes, we are all one. Yes, all lives matter. But right now our brothers and sisters of colour are the ones needing the focus of our love. If all lives are to truly matter, we need to prove that Black lives matter. And we need to dismantle systems that treat them as if they don’t.

So what can we, as individuals, do? And particularly, if — like me — you’re White?

For starters, I’d like to gently suggest that a lot of us could shift our focus in order to be more constructive. The past few weeks have seen a lot of finger-pointing and shaming on social media. We have expectations about how our leaders and idols should speak, about how “victims” should act, about how protestors should behave. But trading hate for hate is not going to move us forward. Gandhi once said, “An eye for an eye only ends up making the whole world blind.” If you feel caught up in that cycle, maybe it’s time to look up from your screen. To explore and educate and connect outside of the vortex of social media.

“In a gentle way, you can shake the world.”

Personally, I didn’t march in the streets, but I respect and honour those who did. I didn’t post much on social media, but I admire those who have. Me? I wrote a song. That song may not come out for some time, but in my own gentle way, my hope is for this song to shake the world. This may not meet the expectations of my own digital community, and that’s ok. This was how I felt called to start doing the work.

Taking action for your beliefs can come in many shapes and sizes. This is a time for you to step up and shake the world in whatever gentle way you’re feeling called to.

It’s also, I think, for White people, a time to really commit to listening to and learning from other voices; from people who’ve had different life experiences to your own and who may not look like you. In Episode 109, we talked about being highly discerning with the information you consume. That same message is just as pertinent here, in this context: are you being discerning with who you learn from? Are you being intentional about making sure your newsfeed, or your podcast library, or your Spotify playlist, or your Netflix queue, or the books on your bedside table contain diverse voices?

There are some incredible authors and artists of colour that I am following right now. I’m also looking to past ones too…

In particular, I keep returning to Dr Martin Luther King Jr, because he lived in a time that I just cannot imagine and had an impact that few will ever have again. And Mahatma Gandhi because it was through ahimsa — an ancient Indian principle which to Gandhi meant non-injury, nonviolence, non-harm; the renunciation of the will to kill and the intention to hurt any living thing; the abstention from hostile thought, word or deed, and compassion for all living creatures — that he too brought about change that was once nothing but a wild dream for millions of people… a wild dream.

I want to leave you with another quote from Ghandi, this time, one that looks to nature for a way forward:

“You must not lose faith in humanity. Humanity is an ocean; if a few drops of the ocean are dirty, the ocean does not become dirty.”

We are the ocean. We are nature. We are light and dark, yin and yang, the petal and the thorn. It’s okay to feel that pain and that paradox. You can still move forward to gently shake the world.
Tweet this
View full show notes 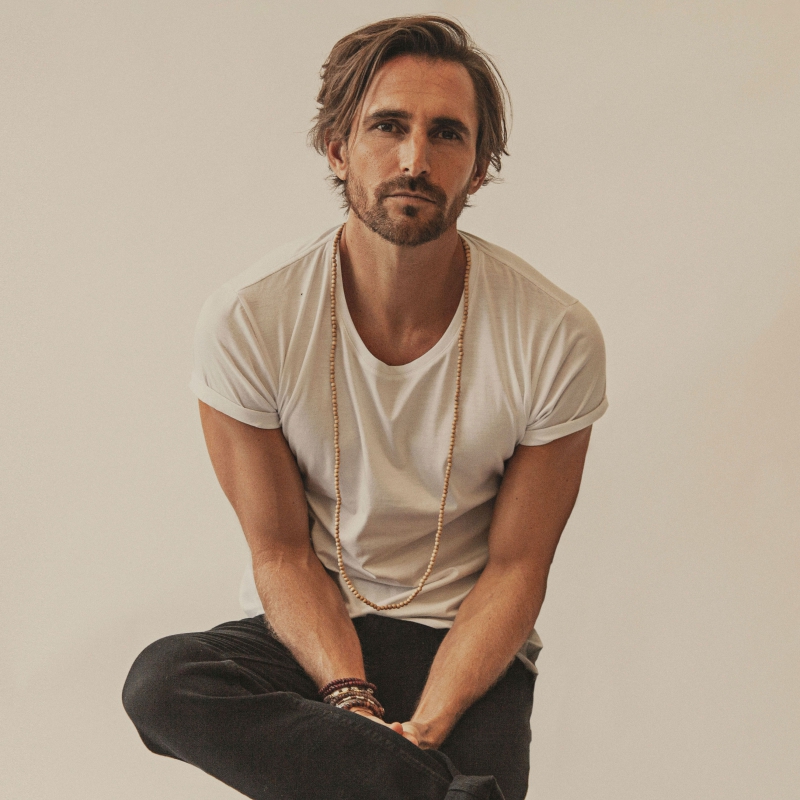