Longevity Series – How To Be Healthy At 100

For the next two weeks I am going to be talking about a topic that is very near and dear to me. Something that has fascinated me since I was a teenager, and at times I think ironically has become an unhealthy obsession... Longevity.
Subscribe on
iTunes
Spotify
Stitcher
iHeart

What is it that makes some people thrive at 100 and beyond? Well it turns out that this research has already been done and each day over the next two weeks I am going to take a deep dive into one of the nine pillars of longevity.

Let’s be clear on what longevity really is… it’s not just about hitting a certain number… it’s about thriving at 80,90,100 and beyond. Having a clear sharp mind free from the diseases of modern civilisation such as alzheimer’s and dementia, being a highly regarded and respected part of your community, still having a strong sense of purpose in life, being able to take care of yourself, being strong physically and eventually, hopefully, departing this world peacefully surrounded by those you love.

I have read countless books on the topic of health and have been heavily influenced over the years by following certain diets like keto, raw, paleo, hoping that food holds the key to perfect health, but as you will see , while food is definitely important, it plays more of a supporting act when it comes to living a long healthy and happy life.

We are going to take a look at the cultures around the world where the highest density of centenarians live. But this is not just about hitting a certain age, this is about looking at the people who thrive in their 80’s, 90’s and 100’s.

Luckily for me this work has already been done by someone else… a big team led by National Geographic explorer and journalist Dan Buettner and his team of scientists who travelled the world to identify what has become known as The Blue Zones.

Now there has been other world expeditions before looking for the key to health, and this work was done very well by Weston A Price, a dentist who in the 1920’s and 30’s travelled the world looking at the links between nutrition, dental health, and physical health.

Now remember there is no such thing as right or wrong, and the purpose of this series is to present some ideas for you to follow with your own intuition. My own personal views on health have changed over the years, and while I did for many years follow much of what Weston A Price suggested, and still believe that his main message of eating whole foods is of course totally valid, I now see that making generalized statements about cultures who live totally different lives to the way we live in the modern world may not be the most supportive for us now. And that there may be some small tweaks to the modern Weston A Price and Paleo views that can purely on a physical level help

What I personally want to know is how have people, who have similar stresses and demands to us, managed to thrive?

So back to the Blue Zones…

“Blue zones” are areas of the world where people live considerably longer lives.

In these territories we can find octogenarians, nonagenarians and many centenarians, and even some supercentenarians (people who have reached the age of 110).

These regions were named “blue zones” after the Belgian demographer Michel Poulain and the Italian doctor Gianni Pes discovered a population with such features in the region of Barbaglia (Sardinia, Italy), and they marked out the area with blue ink.

Later on, the American researcher Dan Buettner embarked on a project aimed at identifying other areas with high longevity rates. He found four additional regions.

In the region of Barbaglia, located in the Sardinian mountain area, there is the world’s largest concentration of centenarians.

Okinawa Island is inhabited by the oldest women on Earth. Icaria – an island which is located in the Aegean Sea – has the long-lived population with the lowest senile dementia levels.

Loma Linda is home to a community of Seventh-day Adventists whose life expectancy is 10 years over the average lifespan in the United States. And in Nicoya we can find the second-largest community of centenarians in the world.

Now I am not here to preach anything to you … I have no interest other than sharing some lessons learned from these cultures that I believe regardless of your own beliefs, can really benefit from. Whether you are paleo, keto, vegan, vegetarian, fruitarian… it really does not matter. These lessons are universal and transcend food…. Food I believe has just been given far too much weight … and I have certainly contributed to this over the years… I will absolutely dive into food and the lessons are profound… but the magic lies in a combination of all nine pillars.

Do I agree with everything Dan Buettner and his team discovered … well kind of … but I will be putting my own spin on things and share what is true for me… but ultimately you will be left with some new, some possibly not so new ideas that you can explore and implement into your life.

The proof is in the pudding… we are all so different! There is no one way to live. There is no one food, no one god, no one exercise routine, no one religion or belief … there is just you, and what feels right for you.

But I encourage you to stay flexible… much of what used to serve me, serves me no more. We are always changing, always adapting… but perhaps there are some guidelines we can all follow in our own unique way that can see us live long healthy and happy lives. That is my wish for you… that in this series you may be inspired to take your life to a whole new level, but holistically… in all areas of your life, not just food which is so often sometimes a sole focus.

Now, as I said earlier in the show, each day we will cover one of the nine pillars of longevity… with a personal spin from me of course… but this is broad new world, not broadhurst world, so while I will colour this series with my own personal infusion of flavours from lessons I have learned after reading hundreds of books, spending hundreds of thousands of dollars, and just having to figure so much out for myself in my own journey of mind, body and soul healing, I will ultimately leave the lessons in tact so that you may weave your own perfectly imperfect beautiful tapestry that is your life.

So, first we are going to dive into moving your body, then we will talk about a way of eating that has become a cornerstone of different cultures for thousands of years, next will be onto the importance of plant based foods, then onto a type of food and drink which may hold one of the keys to you feeling and looking mighty fine.. We will also take a look at what the japanese call ikigai, plus the importance of slowing down, also what faith, spirituality and religion all have to do with longevity, then onto something called Vitamin L and lastly we will talk about finding your tribe.

So that my dear friends is what is in store over the next 9 episodes in this 10 part longevity series. So make sure you tune into my daily Instagram Lives, or subscribe to this podcast so these episodes pop up in your latest episodes feed.

I would love to hear from you, so please tag me @IAmNickBroadhurst on social media, and use the hashtag #TheNickBroadhurstShow, or leave me a comment below (I read every single one!). And if you could take a minute to leave me a 5 star review on iTunes I would be very grateful.

P.S. Always listen to your intuition (and your doctor or practitioner) before trying any new health practice… cool cool? 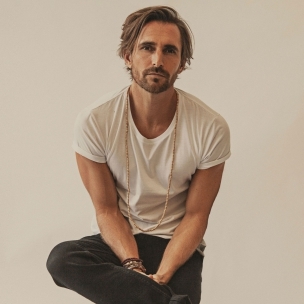